A good cover letter highlights your skills and convinces employers to interview you. We provide six great cover letter examples below, each one written for different situations or industries. 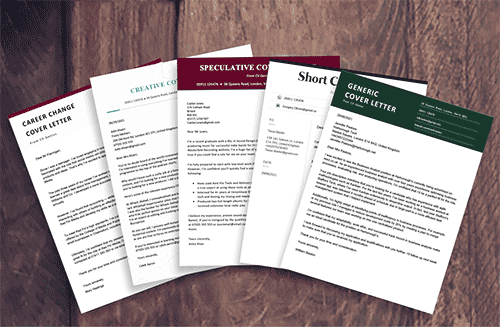 Writing a cover letter (also known as a job application letter or covering letter) is required when you apply for most jobs.

The cover letter examples below can give you ideas of how to write your own cover letter — no matter what sector of the economy you want to work in or your level of work experience.

Whether you need a situation-specific cover letter or just want to learn about cover letter formatting, we have the perfect examples for you.

What to include in a cover letter

Here’s what to include in a good cover letter to make the best first impression:

Your cover letter opening should contain a self introduction. Write about who you are, where your expertise lies, where you found the job posting, and why you want to apply for the job.

Research the company and find out what their current activities and goals are. Explain how you can help them achieve those goals.

This standard cover letter was written by a mid-level candidate applying for a business analyst position.

What makes this cover letter a good general example is that it uses a traditional cover letter format that you can easily follow no matter your industry. Within the first paragraph, the candidate: 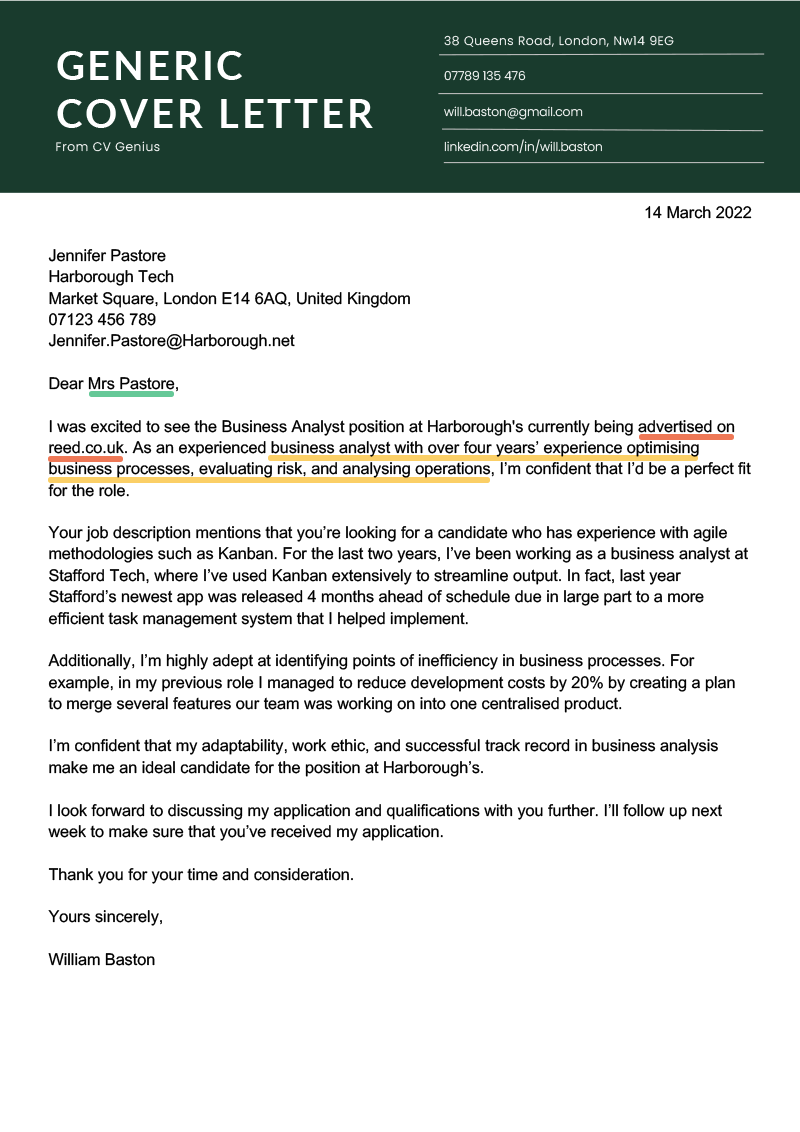 This cover letter is formal, to-the-point, and full of details.

Within the first couple of paragraphs, the candidate summarises their interest in the position and explains how their experience makes them a great fit.

Then, they mention a specific need that the company has and explain how their experience fills that need. Pointing back to the job advert shows the employer they’re passionate about the position and have the skills they’re looking for.

To follow up, the candidate highlights some impressive accomplishments, all backed up with hard numbers. This cover letter makes it clear what the candidate is capable of as a professional.

This cover letter’s sleek, formal appearance uses a professional covering letter template to give the application a polished look that impresses employers.

Finally, the applicant ends with a polite call to action, urging the employer to contact them for an interview.

Although this cover letter was written by a business analyst, the tone and format work well in nearly any industry, making it a good example of a general cover letter.

Changing careers is intimidating. However, a well-written cover letter is perfect at highlighting the transferable skills you have and makes the process less of a challenge while showing employers why they should consider you. 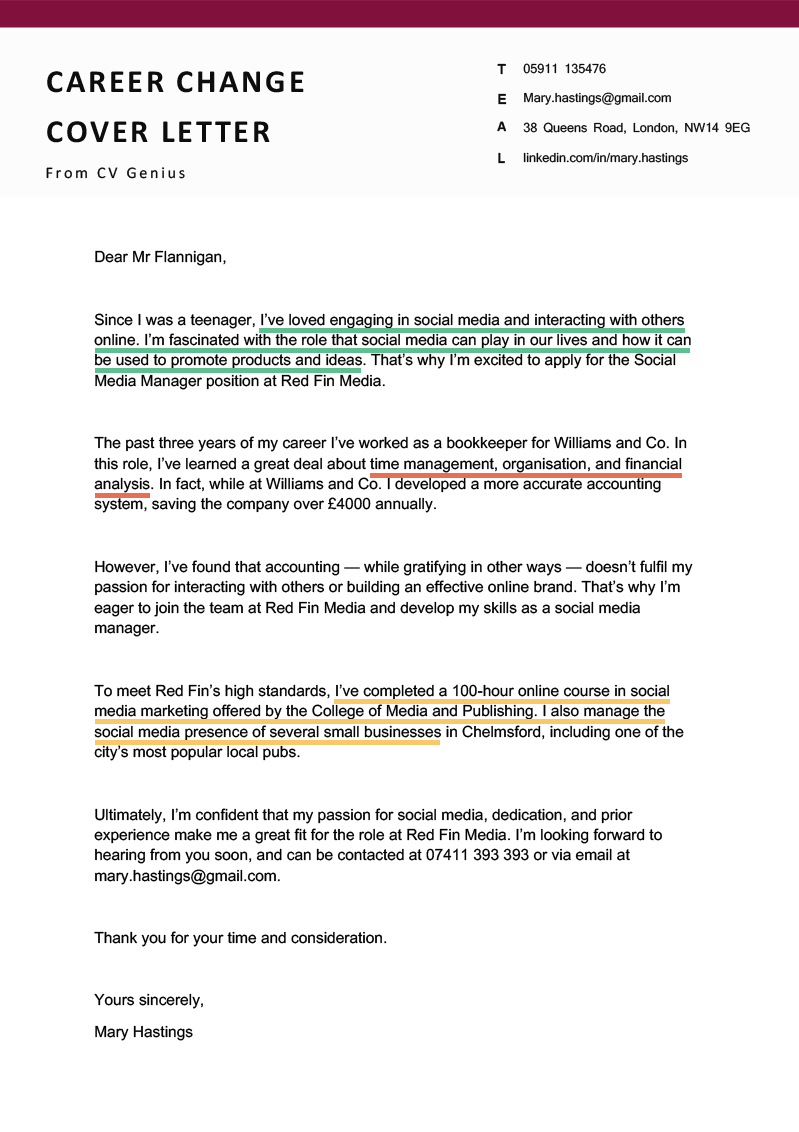 This cover letter works well because it’s honest and direct. The candidate starts by explaining their passion for social media and why they want to apply that passion to a professional role.

Additionally, they state that they’re suited for a career in social media management without any negativity about their current career in accounting. Most employers value candidates with a positive attitude, so never complain about your current job (even if you really don’t like it) in a career change cover letter.

Finally, the candidate proves their commitment to their desired career path by mentioning that they’ve completed an independent study programme to help them develop relevant skills.

The independence shows the employer that the candidate is self-motivated and has already put in the time and effort to build a successful career in social media, even without having studied social media.

With so many applicants to evaluate, a lengthy, waffling cover letter can lose the attention of HR managers.

A short but effective cover letter packed full of information about your experience is the perfect way to get (and keep) their attention.

The following concise cover letter example was written by a professional driver with four years of experience. In just six short sentences, they clearly communicate their experience and qualifications. 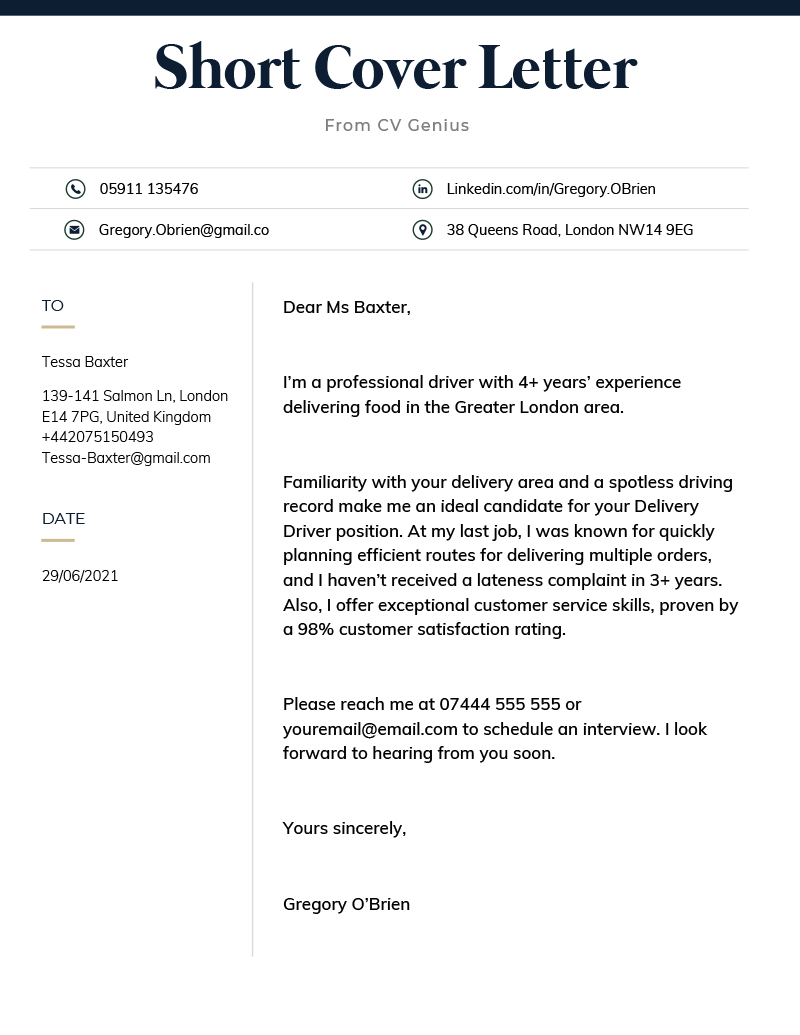 This cover letter may be short, but it contains a lot of valuable information.

In the opening, the candidate summarises their work experience and notes they’re familiar with the company they’re writing to, which indicates their interest in the sector.

Then, the candidate wastes no time highlighting some of their most impressive accomplishments as a driver.

Ultimately, this candidate includes everything needed in a cover letter while maintaining a digestible length.

Writing a speculative cover letter is a great way to formally ask about job opportunities at companies you’d love to work for but that aren’t currently advertising open positions.

Done well, a speculative cover letter shows employers you’re willing to do anything to build a career at their company — a level of motivation they’re not used to seeing while hiring.

This speculative cover letter example was written by a recent university graduate looking to start a career with a popular recording studio. From the start, they state what kind of role they’re looking for and showcase their relevant skills: 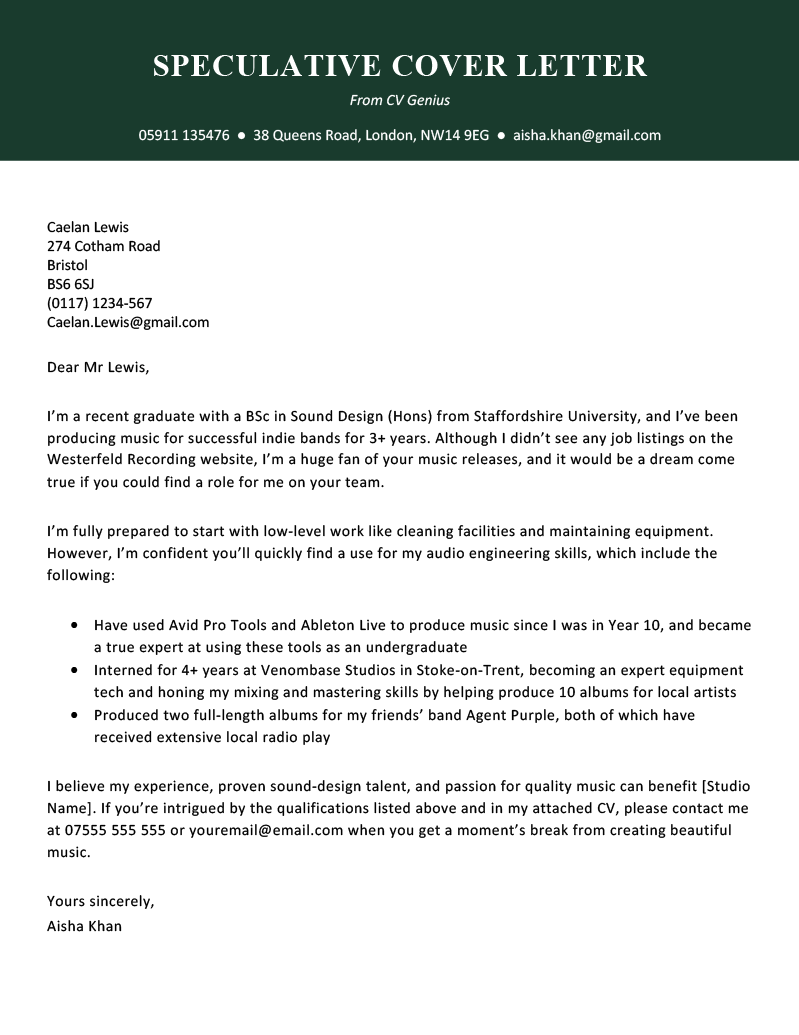 The letter starts off by highlighting that the candidate is passionate about working for Westerfeld Recording because they’re a fan of their music. The candidate then explains what kind of positions they’d be interested in taking (in this case, any and all).

Communicating your range of skills is essential when writing a speculative cover letter because you need to show your skill set is flexible enough that you could fit into any role.

In some situations, writing a creative cover letter is an effective way to stand out from other applicants and leave a lasting impression on employers.

This humorous cover letter example was written by an experienced candidate applying for a role at a popular podcast.

Right from the introduction, their unconventional tone and humour grab the reader’s attention. Then, they outline their experience and qualifications. 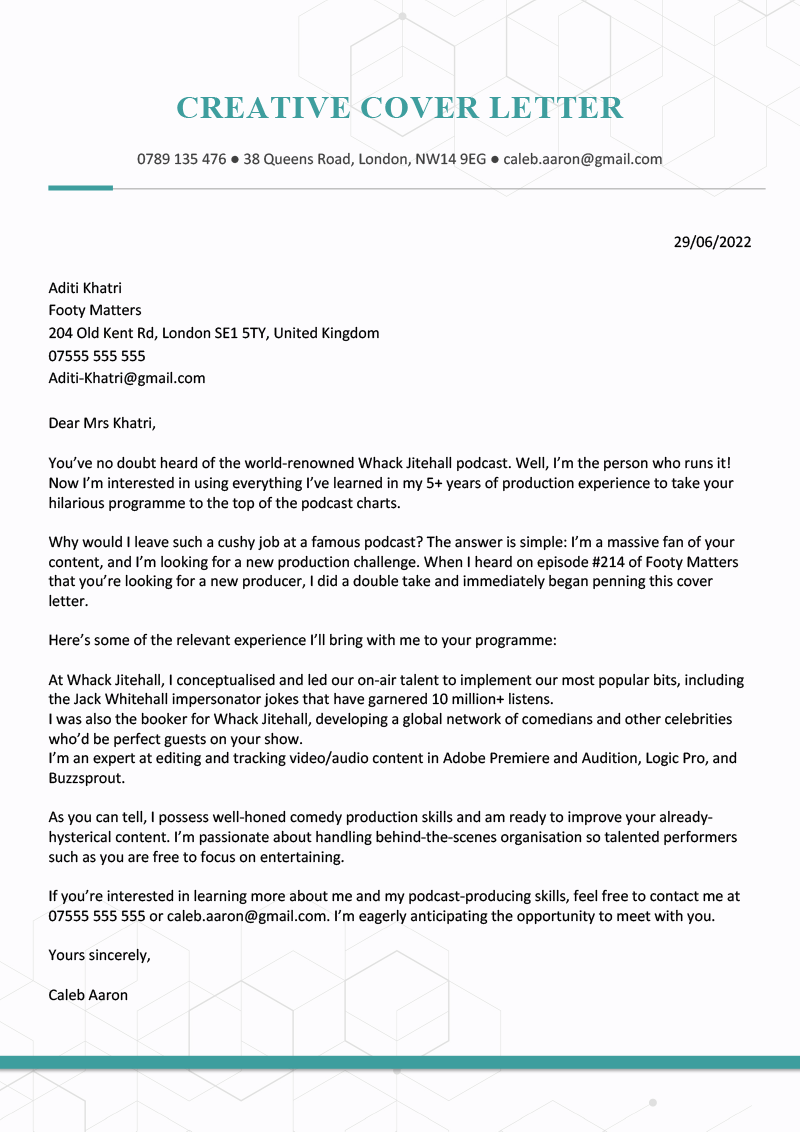 This cover letter is effective because it balances professionalism with a personable tone.

Adding some personality to your cover letter is a great way to stand out from the competition and present yourself as likeable and creative. Additionally, it helps your application leave a lasting impression on the employer (just make sure it’s a positive one).

And although a creative flourish can be a nice addition to a cover letter, it’s also important to focus on its substance and to maintain professionalism. This cover letter effectively achieves both goals.

After a unique introduction, the candidate immediately provides a series of brief, impressive examples of their relevant skills and accomplishments to prove they have the necessary hard skills to handle the work.

This style of cover letter is only appropriate when applying to companies with a casual office culture. If you’re applying for work in a formal corporate environment, it’s best to keep your tone buttoned up so employers take your application seriously.

It’s much more common today to send cover letters by email rather than through Royal Mail.

Another option is to write your cover letter directly into the body of your email, which saves the recruiting manager having to redownload an attachment each time they refer to it.

The writer of this email cover letter has written an effective document that makes life as easy for the recruiting manager as possible.

For a start, the writer uses a descriptive subject line with their name and the reason why they’re writing to help the recruiting manager organise their inbox.

They’ve also addressed their cover letter to a contact person by name, which reassures the recruiting manager that this email is important and not spam.

In terms of content, the writer describes their long experience and achievements, and shortlists a handful of their key skills.

They’ve also attached their CV so that all of the application documents requested by the company are immediately accessible.

Here are the answers to some commonly asked questions about cover letter examples:

How do you build a cover letter?

You build a cover letter either by downloading a quality cover letter template online and filling it in by yourself or by using an AI-powered cover letter builder that asks you a few simple questions and lets you pick from pre-written, ready-formatted cover letter sentences.

Each method has its own advantages, but a cover letter builder is quicker — you can finish and download your cover letter within about 12 minutes.

How can cover letter examples help me?

Cover letter examples help you by providing you with a look at cover letters from your own industry.

You can quickly see what you should include in your own cover letter, check your cover letter format is correct, and get some inspiration for how to word your achievements.

What should be avoided in a cover letter?

Here’s what should be avoided in a cover letter: 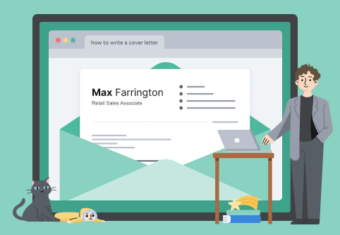 How to Write a Cover Letter 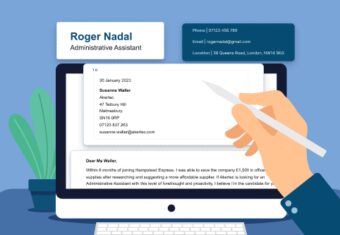 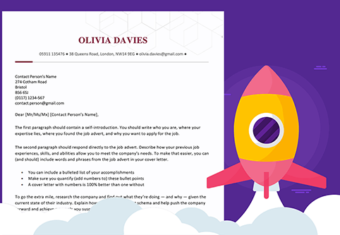 How to Start a Cover Letter in the UK 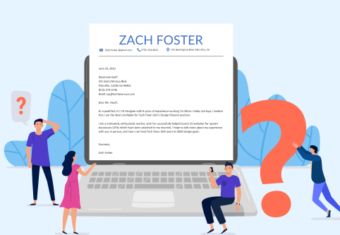 What to Include in a Cover Letter (UK Examples & Writing Tips) 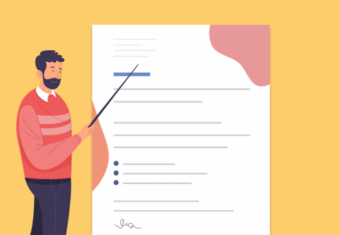 Career Change Cover Letter (Examples for the UK & How to Write) How to Address a Cover Letter (With or Without a Name)

Thanks for downloading our free template!

Would you leave us a review?

We hope we’ve helped you on your path to career success. If you have time, a quick review would really make our day (it'll only take 15 seconds).

Thanks again, and good luck!